DPhil Oliver Grün, Born in 1969, lives in Belgium near Aachen, is married and has three children, is the founder and majority shareholder of GRÜN Software Group GmbH as well as president of the Federal Association IT-Mittelstand eV and President of the IT-Mittelstand-Europaverband European DIGITAL SME Alliance, Since 2013 he is also in the Advisory Council of the Federal Government Appointed “Young Digital Economy”. who advises the Federal Ministry of Economics on issues relating to the digital economy.

In his scientific career based on the principle of lifelong learning, Grün first completed his studies in engineering in 2001, then did a double doctorate in the field of business informatics and is the author of several publications over the years.

The family man, who now lives in Belgium, founded his software house in 1989, which now employs around 300 people at seven locations in different companies. Grün is also a co-founder of the non-profit operator of the donation platform betterplace.org, now Germany's largest donation portal on the Internet. In addition to the family, his greatest interest is sailing. 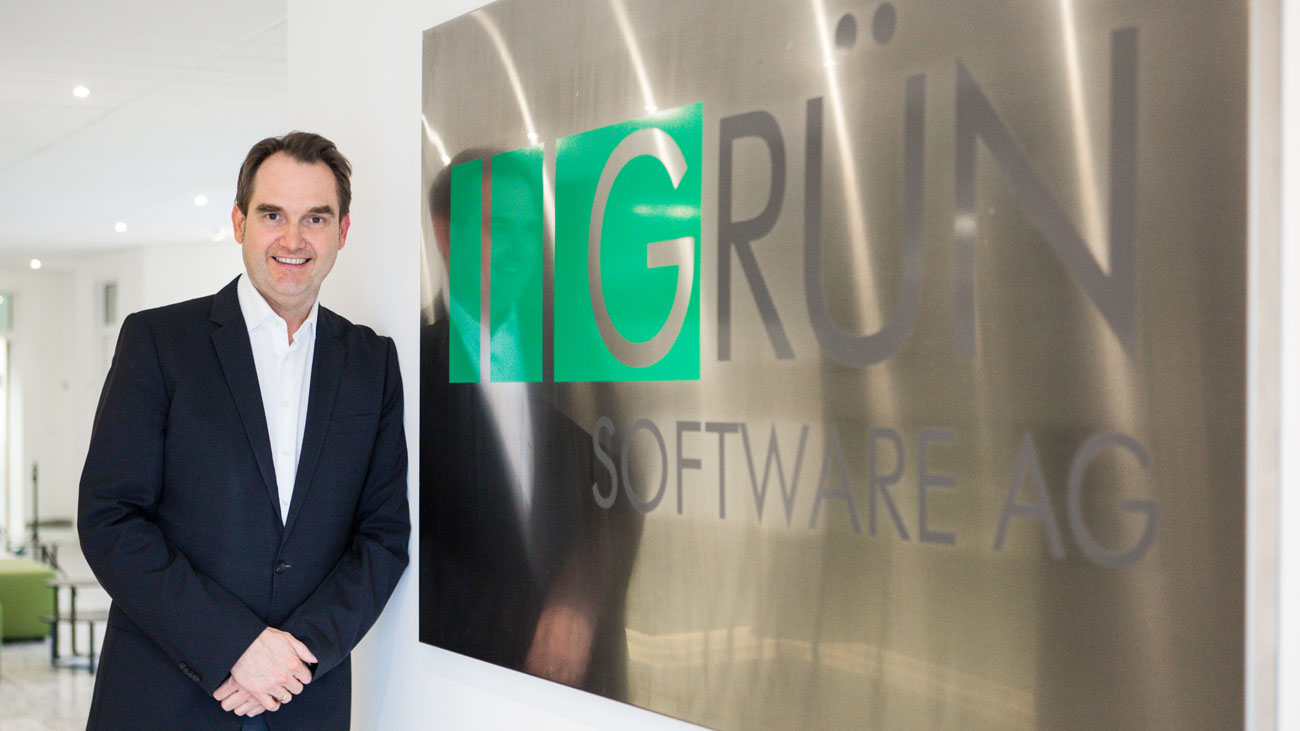 This website uses cookies to give you the most relevant experience by remembering your preferences and repeating visits. By clicking on "Accept" you agree to the use of ALL cookies.
SettingsAccept
Manage consents

This website uses cookies to improve your experience as you navigate through the website. Out of these, the cookies that are categorized as necessary are stored on your browser as they are essential for the working of basic functionalities of the website. We also use third-party cookies to help us analyze and understand how you use this website. These cookies are only stored in your browser with your consent. You also have the option to refuse these cookies. However, opting out of some of these cookies may have an effect on your browsing experience.
Necessary cookies always active
Necessary cookies are absolutely essential for the website to function properly. These cookies guarantee basic functionalities and security features of the website anonymously.
Analytics
Analytical cookies are used to understand how visitors interact with the website. These cookies help provide information on metrics such as number of visitors, bounce rate, etc
Other
Other non-categorized cookies are those that are analyzed and have not yet been placed in a category.
Show
Advertising cookies are used to provide visitors with relevant ads and marketing campaigns. These cookies track visitors across websites and collect information to provide customized ads.
SAVE & ACCEPT
Supported by