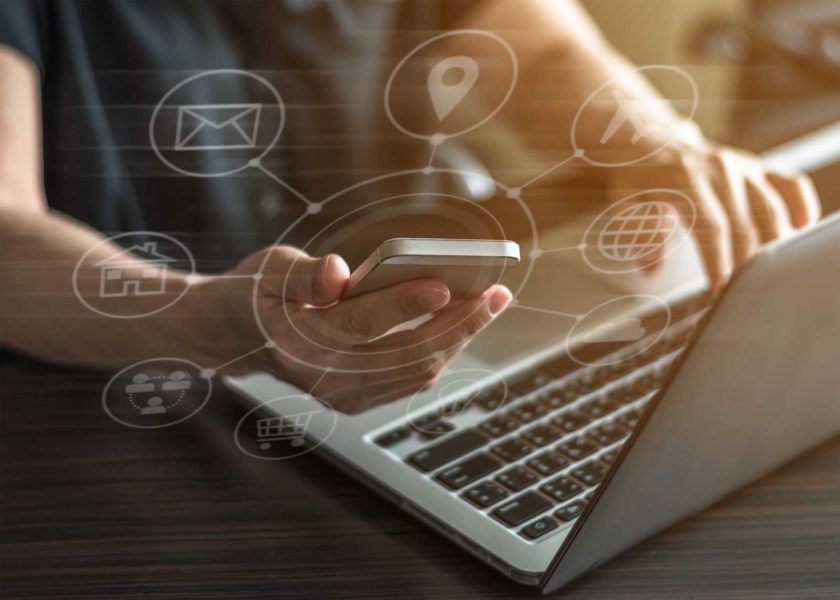 The big brother writes off

While citizens fear for their privacy, the economy fears a very different kind of espionage. But as long as it depends on US technology, little can be done legally.

For years, the intelligence services of foreign states have used the data of German citizens and businesses without restraint. The damage to the economy is not foreseeable at all, and the trust in the sincerity of our friends and European neighbors is permanently impaired. The question is: In which direction must the digital economy develop?

The revelations of NSA whistleblower Edward Snowden not only unsettle private individuals, but also affect German and European companies in particular. After all, the debate is also increasingly about industrial espionage. After all, the British secret service GCHQ openly admits it is about "national prosperity". And as early as 2000, former CIA director James Woolsey confirmed that the US is seizing on economic secrets through spying and wiretapping in Europe.

Power of the USA

Even friendly states seem to be aiming for us. Righteousness and concern about a wide-ranging spy-up, which today reaches a completely new level of quality due to the technical possibilities, rightly boils up in the German economy. After all, it is ultimately questionable at least that the sheer volume of data that is sucked from Europe, only serve to counter terrorism. I think it is very likely that industrial espionage is going on in a big way here. This is how the German medium-sized companies in particular are targeted. IT security management is now high on the agenda for businesses to protect themselves against such attacks and "taps".

Meanwhile, the anti-FISA clause would have removed the legal basis from spying programs like Prism. We demand that the clause be reinserted into the EU General Data Protection Regulation. The clause prevents the publication of data of European citizens to third countries. Unfortunately, the EU has broken down. The pressure from the US was too big. Finally, the internationally operating US companies sat between the chairs: On the one hand, they had been obliged to pass data to the US, on the other hand, they had violated EU law. The fact that the clause was deleted clarifies the dependence of the economy on US technologies. Above all, it shows us that we have to counterbalance the overwhelming power of the US and I think we can.

We need the "Internet Airbus"

Our food for thought in this debate: a pan-European corporate consortium, a kind of "Internet Airbus", similar to the Airbus idea from the 70 years. At the time, no one trusted anyone in Europe to build a plane - now it's up to us to show self-confidence and free ourselves from the US's grip on the Internet.

So does the debate have its benefits? I mean yes. IT security is finally here where it has long been: right at the top of the agenda. We see the opportunity of the German IT industry to reposition itself, the IT security market is opening up, companies can grow. We now have to show self-confidence and concentrate on our technological strengths, on IT security "Made in Germany". The Internet is the backbone of Germany as a business location. Technical solutions that we can rely on, that secure our communication and reliably protect our data, without backdoors - we now need such IT products and offers. I mean, that can be done by the digital economy in Germany. However, additional efforts are needed to catch up with foreign competitors.

Next post
The train has not left yet
Menu

This website uses cookies to give you the most relevant experience by remembering your preferences and repeating visits. By clicking on "Accept" you agree to the use of ALL cookies.
Cookie SettingsAccept
Manage consents

This website uses cookies to improve your experience while navigating through the website. Out of these, the cookies that are categorized as necessary are stored on your browser as they are essential for the working of basic functionalities of the website. We also use third-party cookies that help us analyze and understand how you use this website. These cookies will be stored in your browser only with your consent. You also have the option to opt-out of these cookies. But opting out of some of these cookies may affect your browsing experience.
Necessary cookies always active
Required cookies are absolutely essential for the website to function properly. These cookies ensure basic functionalities and security features of the website, anonymously.
Analytics
Analytical cookies are used to understand how visitors interact with the website. These cookies help provide information on metrics on the number of visitors, bounce rate, traffic source, etc.
Other
Other uncategorized cookies are those that are being analyzed and have not been classified into a category as yet.
SAVE & ACCEPT
Supported by